Beervana blogger Jeff Alworth's Honest Pint Project is getting a lot of play in the news these days, and even in Salem. See his Honest Pint Project website for details about all of the news coverage. But this report by KATU's Jeff Jaeger is the best one I have seen to explain very clearly the problem.

I have blogged about the economics of the problem before: it is an asymmetric information problem - punters can't tell how much they are getting but bars know how much they are serving. The incentive then is for businesses to cheat and the market outcome will be inefficient. What is nice about this story is that they find a place, Grand Central Bowl, that intentionally uses cheater pints (14oz glasses) and advertises a 'pint' on the menu. This is exactly the problem. [As is the problem of establishments that are unwittingly using cheater pints]

But this is also why I am not so sure about the bill. It seems fairly innocuous, so I don't think there will be much harm done, but the much easier and permanent remedy has always been, in my mind, marked glassware. It is incredibly cheap (if you allow a phase in period) and solves the problem permanently.
Posted by Patrick Emerson at 10:44 PM No comments:

Craft Brews and the Recession 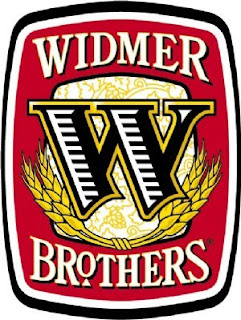 Jeff Alworth has a wonderful post on the 25th Anniversary of Widmer Brothers Brewing Co. Well worth a read and congrats to the Brothers Widmer!

Unfortunately, this economic downturn is starting to take its toll on the craft brewing industry in Oregon. The Portland Business Journal is reporting the $33 million loss that the Craft Brewing Alliance, the company created by the Widmer - Redhook merger, suffered in 2008. Trends in the local brewing industry are worrisome as consumers abandon the more expensive craft brews for cheaper substitutes. From the article:

December and January shipments for all Oregon craft brewers fell by 5 percent and 7 percent, respectively. But in January and February, shipments for all beer in Oregon actually rose by 10 and 20 percent, spectively. “It would appear trading down from higher-priced, locally-made beer has already begun in earnest,” said Brian Butenschoen, executive director of the Oregon Brewers Guild.

This substituting cheaper alternatives has always been my concern for the local brewing industry. Just as department stores like Macy's are suffering while Walmart is thriving, during a downturn the purveyors of cheap substitutes tend to do well relative to their more expensive counterparts. This works both ways, however, which is part of the reason why craft brewing did so well during the last boom period. As this recession is going to be long and deep, I wonder how the breweries will fare. This is also a time in which big brewing conglomerates might try and snap up ailing independent brewers so that they have products with which to compete when the recession turns around.
Posted by Patrick Emerson at 10:43 AM No comments:

Email ThisBlogThis!Share to TwitterShare to FacebookShare to Pinterest
Labels: recession

I don't generally like Scottish Ales. The Scots may have mastered the Malt, but to my taste their ales are far too, well, malty (and by 'their' I am really referring to the style called 'Scottish Ale' as practiced in the US - I have no idea what a Scottish Ale tastes like in Scotland, I am always too consumed with trying the aforementioned malt when I am there, and the beer I have tasted there was no different than the stuff in Eng-er-land). I tend toward the more hoppy ales of the Pacific Northwest. But I adore just about everything Full Sail's John Harris brews. So the news that John has made his first Scottish-style ale, 'Keelhauler,' raises the distinct possibility that I may have found one that I am really going to like. I don't think John could stand for a beer that is too malty/sweet. I expect one that is nicely balanced and that opens my mind to the possibilities of Scottish Ale. Yum.

Pilsner Room anyone?
Posted by Patrick Emerson at 10:42 AM No comments: