I could write a lengthy piece on the latest Brewers Association report, but I am on spring break with the kids soaking in the sun in ... Seattle (sigh), so I am just going to resort to their info-graphic!

There, any questions?  I am asked often what I think about this growth (13% in volume and 15% in sales in the last year) and where it is all heading and I generally have three main themes I sound in response.

One: beer in America is changing rapidly as are customers.  Light beer for example is loosing market share and more and more supermarket shelf space is going to craft beer.  I think that this trend is going to continue for a long time - I think the heyday of the light macro lager is over.  It'll still sell a ton, but what beer is and means to American consumers is changing both very quickly and permanently.  So, overall I think the craft part of the industry is going to keep growing. People want to experience flavor, character and subtlety in their beer now and no longer think of it as simply an alcohol delivery vehicle. So I think the sky is the limit for the industry overall.

Three: there are two basic business models in craft beer that I think are successful.  The packaging brewery with a clear path to expansion and the brewpub.  The small independent packaging brewery is where the bloodletting will be most severe. Economies of scale will cause enormous price pressures for a small brewery to compete on price with the big guys.  I mean, face it, Sierra Nevada, Deschutes, Widmer and Ninkasi make great beer, but do it at a scale that gives them a tremendous cost advantage.  The brewpub is the model I think that works best for the homebrewer-gone-pro.  For someone who wants a small brewery, with lots of variety and experimentation in the beer, you gotta have the food.  The food will provide the stable revenue while the beer will keep the punters coming back.

So there you have it.
Posted by Patrick Emerson at 4:25 PM 3 comments:

Minimum Pricing on Beer: The UK Government's Plan is Good For Craft Brewers

The UK government announced yesterday that it will "introduce legislation setting a minimum alcohol price of 40p a unit in England."  It will also "ban the sale of multi-buy discount deals in supermarkets." [NB: A unit is 10ml of pure alchohol or about 1/3 of a typical British pint]


It remains unclear how the ban on discount deals would work in practice. But Guardian analysis suggests the government's proposed minimum price alone would substantially curtail many of the high-profile drinks deals promoted by major supermarkets. Data provided by the research company Assosia, covering promotions between December and February this year, shows Tesco and Sainsbury's offered two-for-£20 deals on 20-pack crates of Strongbow cider – a sale of more than 93 units of alcohol, working out at just 21p per unit.

A deal offering 20 cans of Stella Artois – 44 units of alcohol – for £10 at Asda would become substantially more expensive, with a minimum price of £17.60.

The justification for this is the social cost of excessive alcohol consumption - the costs to society not born by the consumer him/herself.  The Cameron government estimates that this cost is quite considerable, and take one trip around London at closing time on a Friday or Saturday night and it is not hard to think that they are right.


Academics at the University of Sheffield, who have led research on the issue, estimate a minimum price of 45p a unit coupled with an off-trade discount ban already in place would reduce annual hospital admissions by 1,660 in the first year, rising to 6,630 a year after a decade, and cut the number of deaths by 60 in the first year, rising to 300 by year 10 of the policy.

Interestingly it is the conservative Cameron government proposing this fairly heavy intrusion of the state into the workings of the free market.  But if they are right about the sizable social cost they have economics on their side.

The economists preferred choice, a Pigovian tax might be complicated if the real social costs come from the excessive consumption of cheap alcohol, but that is questionable.  What a price floor does do, however, is potentially help out two of the guardians of Britain's pub cluture: pubs and heritage and craft brewers: "The government says a 40p unit price will not add to the price of beer in a pub and might even help the pub trade by eradicating the cheap supermarket alternative."


Consumers are price sensitive and when they can buy a 20 pack of Stella at £10, it is hard to convince many to try a few bottle of Thornbridge for the same price. Deep supermarket discounts were a common theme among British craft and heritage brewers when describing the difficulty becoming established in the off-trade. Supermarkets were demanding such deep discounts (for them beer is a loss-leader generally) that the smaller brewers could not make any money. Only the big industrial brewers with their sizable economies of scale could still make money at these prices.

So whether the policy is good or bad in general, I think it is a great boon to British beer. Already the resurgence of craft and heritage beer is gaining momentum and this will be a big help, one thinks, in getting these beers in markets across England.
Posted by Patrick Emerson at 10:46 AM 1 comment:


Portland's beautiful Bull Run water will not be treated! This is great news for all the commercial breweries in town, but also for all of us homebrewers.  I have always appreciated the wonderful water and as me and as the Beerax just brewed a double batch of our transcendent Pilsner for which our perfectly clean and neutral water is perfect I am delighted by this news.  Homebrewers risk angering the beer gods by amending  the nature's bounty that is Bull Run water, as I found out the hard way.
Posted by Patrick Emerson at 9:23 AM No comments:

Email ThisBlogThis!Share to TwitterShare to FacebookShare to Pinterest
Labels: Water

Who knew Legos were for beer lovers too.  Via Ubergizmo comes this little bit of brilliance: 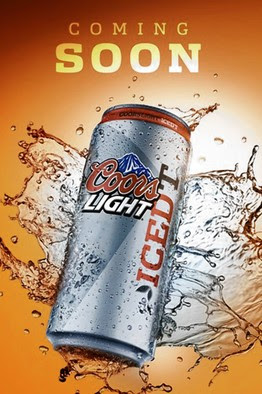 Here is the latest from the Wall Street Journal in beer-y products brought to you by the find food scientists and marketers at MolsonCoors. Good luck to them.

But what struck me is this little quote from the article:

Beer still controls about half of the U.S. "throat share" in alcohol. But liquor now has roughly a third after having gained 5.4 and 6.4 percentage points of market share in revenue and volume since 2000, respectively, according to the Distilled Spirits Council. Wine also has been winning over more drinkers.

At the same time, smaller craft brewers have been swiping consumers from bigger brands, often with novel flavors such as strawberry buckwheat honey or bourbon-barrel-aged beer.

Say what? Yes, craft beer companies do lots of interesting experimental beers, but these are not what are kicking the ass of macro brewers. Ask any craft brewer and inevitably they will have a beer, like Sierra Nevada Pale, Sam Adams Lager, some IPA or pale ale that accounts for 75 to 80% of total sales.

It is these mainstream, but more flavorful and interesting beers that are stealing the market share from macro brewers, not experimental orange peel-ginger-ginko beer. Interestingly, instead of really committing to making reasonable competitors to these beers, they choose to identify the hard liquor manufacturers as the competition.

This also raises another question, will macro beers slowly evolve into malt liquor novelty beverage manufacturers? Can a Fluffed Marshmallow Flavored Coors be far behind?
Posted by Patrick Emerson at 10:08 AM 2 comments: 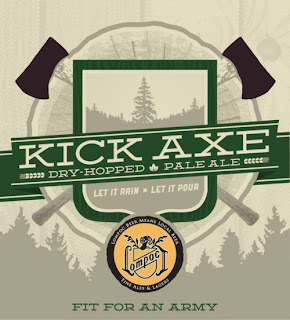 Posted by Patrick Emerson at 3:48 PM No comments: