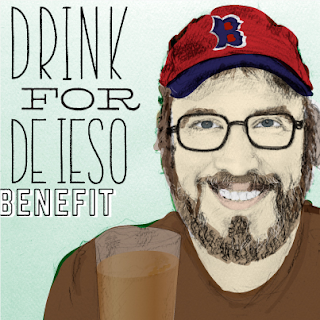 This Thursday, Nov 21, Bridgeport will be the next in line to host a benefit for local beer Blogger/Writer/Promoter Angelo De Ieso.  The Facebook link to the event is here.

The event is intended to help Angelo pay for his mounting hospital bills from 5 – 10 p.m. at Bridgeport Brewpub in the Pearl. All proceeds from sales the new IRI beer will go straight to De Ieso along with 20% of food purchases made by customers that mention Angelo that night.

To get the backstory on Angelo's health troubles, go here.  Unfortunately, Obamacare comes a little too late for Angleo, though he'll be pleased that his now pre-existing condition will not exclude him from the new affordable health insurance in the future.

So go and drink lots of IRI, and eat some grub while you are at it and help out one of Oregon's biggest beer boosters and therefore a friend to all NW beer enthusiasts.
Posted by Patrick Emerson at 1:55 PM 1 comment:

Once again the debate over the term 'craft beer' is on the front-burner after another missive by the godfather: Charlie Papazian.  See also, John Foyston's article that includes a counter-argument by a "gobal beverage consulting firm."  Here is an excerpt:

In the US, the Association of Brewers defines craft brewers as small (annual production of 6 m barrels of beer or less), independent (less than 25% of the brewery owned or controlled by an alcoholic beverage industry member who is not a craft brewer), and traditional (a brewer who has either an all malt flagship or has at least 50% of its volume in either all malt beers or beers which use adjuncts to enhance rather than lighten flavour). Whilst this definition has worked well locally, transferring it to other markets can prove problematic. Most consumers would define a brand such as Leffe as a “craft” beer, however, the brand is produced by A-BInBev, and therefore would be excluded. Similarly, when the UK DoomBar brand was acquired by Molson Coors, it would have ceased to be a “craft” beer.

Which is a pretty good point. The Brewers Association's attempts at coming up with a workable definition has problems.  Widmer is out, but Full Sail and Deschutes are in.  Goose Island is out simply because of ownership and so on.  And by the way, is sugar really an adjunct?  There are a lot of Belgian and British brewers who would disagree.

The problem for me is that it is not clear what we are trying to accomplish by creating a term that defines group membership.  It appears to be because the BA wants to establish a signal to the consumer  that the beer they buy was made by a small, independent brewery.  But of course they can say that right on the label if they want so trying to create a term for this is an unnecessary exercise.

For me, as an economist what is interesting is the "craft beer market."  This is what I think brewers really want to know - who are their competitors?  In fact trying to subjectively define craft beer is a waste of time.  Trying to be sure we exclude Blue Moon from the definition of craft beer is stupid when consumers are considering it at the same time they are considering an Allagash white.  It is, by revealed preference, a craft beer to consumers that are making that choice.  Artificially excluding it from the definition does not help the brewer that is competing against it. 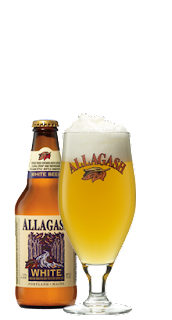 That said, defining markets in economics is not easy either.  Is a land line phone in the same market as a smartphone, for example?  We generally collect information from cross-price elasticity estimates - what happens to the sales of smartphones when land-line phone prices change?  If nothing, then we can comfortably say that they are not in the same market.  If they change a lot, then that is good evidence that they occupy some of the same demand space of consumers.  [I tried to do this once by asking for scanner data from New Seasons - but they blew me off]

In beery terms what I want to know is how much the price of Blue Moon affects sales of other beers like Allagash.  Because in the end the craft beer market is defined by consumers who ultimately vote with their wallets based on their tastes.  If Coors can create a beer that consumers think is a reasonable substitute for Allagash, then a craft beer it is.

So I believe that the attempt by the BA is a bit misguided.  You cannot fool consumers into consuming based on an arbitrary definition.  I am no more likely to purchase a Deschutes beer over a Widmer beer because BA considers only the Deschutes the "craft beer."  All else equal, I like to support small independent breweries because it is part of my utility function, but that is not the same thing as craft beer and I can do so regardless (and yes, I consider Widmer a small and local brewery).

The fact is that beer is more science and industry than art.  Anyone can make an all malt, no adjunct, fantastic beer regardless of the size of the brewery.  What I like about the beer scene is that I can have a relationship with a brewer or brewers from small places, I can taste their personality and their own tastes through the beer, and I am willing to pay for that.  But if AB creates a fantastic beer I probably won't buy it much but I have no objection to calling it a craft beer if that is the market it inhabits.

In the end, I think this fear of macro brewers invading the 'craft beer' market is misguided.  It is not that they cannot create great beer if they want, it is that their size and scope make them unsuited to produce lots of variety, experimental beers, different labels, etc.  They are not flexible and agile, they are not local and they are not personality driven - all of which are things I think of as keys to the local beer scene.  Can AB create a small one-off?  How do they market it, distribute it, get it in bars.  To do so they would have to reinvent a small company inside the big one.  Alternatively, they can just buy breweries like Goose Island and let them do what they do.  But this is not an invasion as much as a capital infusion into a market that has real potential.  I see no reason to worry.
Posted by Patrick Emerson at 7:20 AM 5 comments: