Being a Populist in a Globalized World 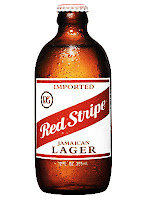 There has been a lot of media coverage of the 'beerfab' that President Obama, Professor Gates and Sargent Crowley shall partake in this afternoon. Many media outlets are examining their choice of beer and what each symbolizes: Jamaican Red Stripe for Gates, Blue Moon for Crowley and, of course, the uber-populist choice of Bud Light for Obama (Bud light being the number one beer in America in terms of sales).

But if Obama were trying to go for the all-American beer, he missed the mark. Budweiser is owned by parent company InBev which is headquartered in Belgium. And if Gates's pick were seen a symbolic nod to the African diaspora, well, this too falls a little short. Red Stripe is owned by Diageo, the beverage giant that was formed in a merger of Guiness and another company and is headquartered in London. Even Blue Moon, which tries to sell itself as a microbrew is a Coors product. At least that is American, right? Umm...no. First, a merger of Canadian Molson with Coors created MolsonCoors which has a headquarters in Montreal. Then South African giant SABMiller, which is now headquartered in London joined in a joint venture called MillerCoors. So the simple story is that the world of macrobrewers is completely globalized now and 'local' brands are more about marketing than substantive differences in the beers.

What a shame. With a thriving industry of craft beer producers in the US, they have to go for the conglomerate beer. Sam Adams Founder Jim Koch was magnanimous on NPR about the shunning of US craft beer, but he shouldn't have been. Given that the kerfuffle that lead to this meeting happened in the Hub, a Boston lager would have both been appropriate and much more enjoyable.
Posted by Patrick Emerson at 4:02 PM