Odds and Ends from the Beery World

A collection of beery tidbits that I, like the magpie, have collected...

First, how cool is the new Hillsboro Hops hat?  It is not possible to be a craft beer fan and not love this hat. 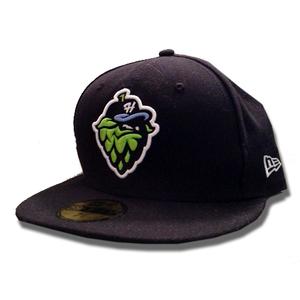 Second, NPR picks up on the big beer consolidation and the success of craft brew story once again. Here is a taste:

In the U.S., we drink $200 billion worth of the hops-brewed libation annually. What many Americans might not know is that most domestic beer, 90 percent in fact, is dominated by just two companies: Anheuser-Busch InBev and MillerCoors.

Innovators, however, are challenging that dominance in the form of craft beer breweries. Small "mom and pop"-style breweries — or regional breweries — now account for about 6 percent of domestic beer sales. That may seem like a small number, but it's been growing every year since the early 1990s, while big brewer share is declining.

There are now more small breweries than there were before Prohibition, when beer was largely a regional business.

Interestingly, they go on to discuss the idea, promulgated by the BA of 'crafty' beer, so called faux craft beer like Blue Moon and Shock Top that are actually brewed by the big boys but whose provenance is not evident on the package. It is interesting because this is a theme the BA decided to highlight and here it is getting play in the national media. You may disagree with what the BA is doing but you can't deny that they are effective.

"A lot of people think that [Blue Moon] is a craft beer, but is in fact owned by MillerCoors," she says.

Craft brewers argue, Flock says, that this limits consumer choice. For instance, if a bar stocks the top brands from a big brewer along with these "crafty" beers, consumers are essentially only buying from a single company.

Julia Herz, the craft beer program director for the Brewer's Association, says big beer should print its names on the bottles.

"What we've called for is a transparency of parent company ownership, and to put that on the beer label so the beer-lover has a chance to know who's behind those brands," she says.

Herz says branding matters to many beer drinkers, especially those who care about the brands they consume and who owns those companies.

"A lot of millenials are associating themselves with what they consume, and what they hold in their hand," she says.

As for this economist, I am always for more information in general, but I am not terribly convinced. It is what is in the bottle is what is important, if provenance is important to you, you'll figure it out.  The bigger issue is economies of scale - big brewers have it, little guys don't - so they have access to the same ingredients and at much lower average costs, there is a real threat.  But they are also less nimble, less creative and less able to be hyper local.  This, to me, is the hallmark and future of craft beer.

But I think it is wrong to suggest that craft beer is the growing share of craft beer is at the expense of big beer.  Big beers market is being hammered by spirits, I am not sure they even notice much of craft beers effect as focused as they are on the competition from spirits.

Finally a little rah-rah piece on how SBA loans have helped Oregon craft brewers.  They feature Migration, which pleases me a lot because in my mind they are to be commended for two reasons.  First, they showed a lot of gumption and drive in creating a new brew-pub from scratch.  And two, they have not stopped learning and getting better.  They now seem to be producing quality and consistent beers when at first they had a lot of problems.  I am, frankly, surprised they were able to survive (I think their best decision might have been the location which was a masterstroke) in a city awash in other quality alternatives, but I am very happy to see they have.
Posted by Patrick Emerson at 7:24 AM