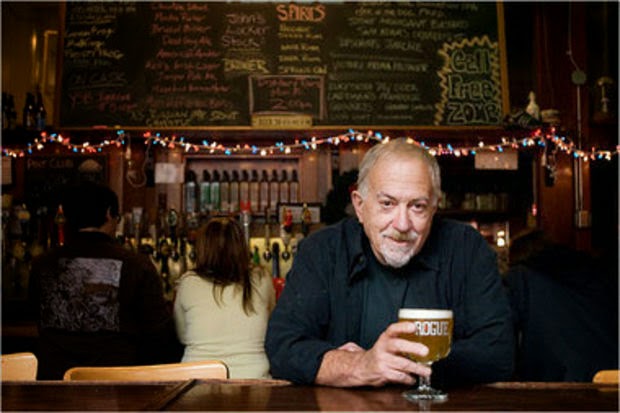 When the news that Jack Joyce had passed away at 71 reached me, I was surprised and saddened.  Surprised, because the last time I saw him he was typically high-energy and appeared indestructible.  Saddened, because he was a true Oregon original and the craft beer world has lost a legend.  [See this very nice Allan Brettman piece in the O for an understanding and bio of Jack]

So, I'll take a minute here to tell a story of Jack.  When I first arrived at Oregon State, I was asked to be the faculty advisor to the economics club.  I thought it would be fun to take the club on a trip to Newport to check out Rogue.  Given my Beeronomics bent, this was a perfect example of my schtick: let's use economics to understand the business of craft beer.

I e-mailed the business office at Rogue, hoping to get 30 minutes with someone.  Instead what I got was a personal invitation from Jack, who ended up hosting us and entertaining us for hours: he made sure we were fed and supplied beverages (both beer and non-alchoholic drinks), spent about 2 hours sitting down with the group of us (about 10 in all) answering any and all questions we had and then took us over to the distillery where we spent another hour or so.  He was typical Jack: gruff, entertaining, outspoken...and altogether likeable.  About a week later I got a hand written letter from him thanking me for the visit.  His act of extraordinary generosity sticks with me to this day.

What I came away with from that meeting was just how much Rogue Brewing Co. is a company in his own image.  A company that does things its own way for better or worse.  Unconventional in every way and yet surprisingly successful - they have been pioneers in the early craft beer scene and continue to be with their in-house hops and malting operations and the like.  Jack really was a Rogue and Rogue really is Jack.

So this weekend  I'll raise a glass of Rogue beer in honor of Jack Joyce: Rogue and Legend. 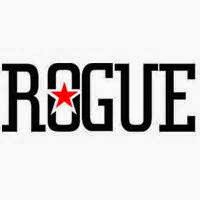 Posted by Patrick Emerson at 10:24 AM

Nicely said; thanks for a nice story about who and what Jack was. Wish I'd known him better.

Thanks for your marvelous beer blog! I definitely enjoyed reading it. I will make sure to bookmark your blog and will come back later on. I want to encourage everyone to continue reading your great posts, have a nice evening! As a side-note, we also run a beer and health website, www.beerandbody.com which discusses the many health benefits of beer and how regular beer consumers can quickly lose the beer belly! Check it out if you the chance.

I'd like to second your sentiments, as well as extend my own thanks to you for initiating that trip (which I was a part of)! I now carry on the noble tradition of facilitating beer-and-economics-related events between faculty and students.