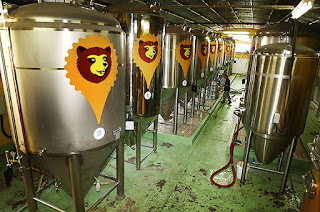 News from Brazil: AB InBev's Brazilian subsidiary AmBev is buying Cervejaria Colorado, a São Paulo state micro-brewery.  When I lived in São Paulo, Colorado was one of the most available beers in local shops and one I sought out as their Indica (pictured below) was my go to hop fix.  Here is a little review of Indica. 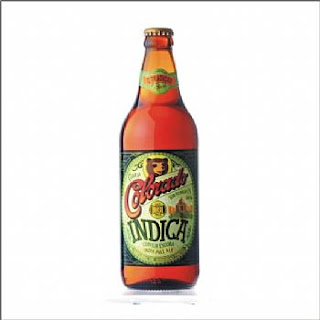 The article is in Portuguese but the script is familiar to followers of the AB purchases of breweries like 10 Barrel: Colorado founder Marcelo Carneiro will continue to run the brewery and the implication is that it will be allowed to continue to run as an independent subsidiary. 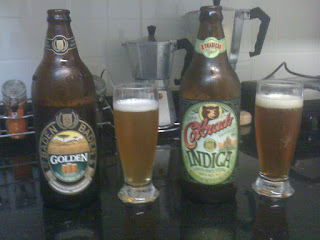 AmBev makes some of the most popular beers in Brazil like Brahma and Skol but clearly sees craft as a growing trend in Brazil.  What is most interesting is that this is an even bigger deal in Brazil than the US as in Brazil most bars and restaurants are tied to a major brewery and so it is very hard to find craft beer in Brazil.  Access to AmBevs distribution and network of tied bars and restaurants is potentially a game-changer that could really spark the rise of craft beer.  So it will be interesting to see the reaction among the craft enthusiasts as it has the reek of corporate sell-out but also the potential to really create a growing market for craft beer which currently is very niche.
Posted by Patrick Emerson at 11:50 AM

Such a great blog keep sharing looking forward in reading more from you. You can as well visit Where to buy kybella online
dysport-2x500iu-for-sale-online - Cure facial wrinkles in no time
How to buy hydrogel butts injection online
You can as well email to: info.standarddrugs@gmail.com for more details regard botulinum beauty