A Bubble or a Maturation? 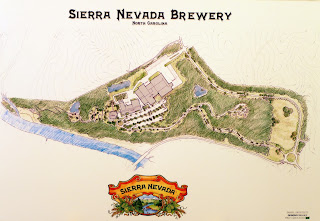 Some further thoughts on the whole bubble question.

My conversation with Noah Davis focused on what the maturation process for this industry might look like.  As an economist I see a number of interesting forces at work and I try to read the tea leaves as best I can.  The forces I see are as follows:

One, supply in this case spurs demand.  As an experience good, customers have a fairly steep learning curve.  They have to be taught what beer can taste like and develop a taste for these new flavors.  How far this demand curve can be shifted out is impossible to say, but if you come to Oregon and compare it with most other markets I think the conclusion is that it can go very far.  Shopping at a suburban Safeway yesterday on my way into Portland from Corvallis I noticed the sign above the beer isle said "Beer" and then "Micro Brew" and that the isle was about 2/3rds micro brew.  That is a pretty phenomenal extent to the amount of growth the market has made.

Two, the extremely strong force of economies of scale that will put pressure on packaging breweries who are going to face more and more competition in the market.  Novelty buys you some tap handles and shelf space but keeping them requires sales.  Especially in retail, stores care about what is moving off the shelf and maintaining a price point a buck or two above other similar brewers is probably unsustainable.

Three, the direct to market brewpub model is able to avoid the economies of scale and retail problems because the profit center in such a model is generally the kitchen.  These markets are intensely local and thus the expansion opportunities for these 'breweries' is almost unlimited.  There are still many areas in Portland, perhaps the most saturated market, that could sustain a brewpub.

When I mentioned to Noah that I expect to see some breweries failing, we were talking about packaging breweries - thus my reference to $11 six-packs.  I was not suggesting that we are in a bubble or that the bubble was about to burst, far from it.  I was saying that this is a natural process of a maturing market not an overheated one.  Overall brewery numbers might continue to grow thanks to the lumping of brewpubs in with packaging breweries, but I think there will be consolidation among the packaging breweries.

One interesting question that I keep wondering is if will only be the smaller packaging breweries or will we see a relatively big one go down.  For example, a number of west coast breweries (e.g. Sierra Nevada) are building east coast breweries.  Soon, I expect to see buy-outs of existing mid-sized breweries by competitors from more distant markets.  I also expect to see a couple of the newer packaging breweries to fail ofter a few years.  But this is what a mature market looks like, not a bubble.

Finally one more pedantic note: a bubble in economics terms is best described as a situation where the prices have become detached from fundamental values buy some kind of irrationality.  So a bubble in beer would be a situation where folks are currently paying much more for beer than they really value it. I don't see this at all.  Craft beer is a premium product that commands premium prices because people value drinking it.  Over time these prices will probably fall as the competitive pressures of having more larger craft breweries that are able to keep unit costs down.  This will not be a sign of a past bubble but again a maturing of the market.
Posted by Patrick Emerson at 11:18 AM

You could also view the valuation of individual breweries, not nthe beer, as out of whack if we were in a bubble. I'm not sure we're seeing that either, but currently some breweries are getting financing and investment capital that they probably wouldn't have recieved 5 years ago.