New Beer in the Old Country: US Craft Beer Catching on in the UK 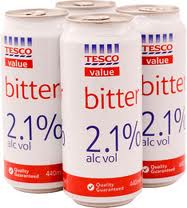 News from across the pond, via the Guardian, is that US Craft Beer is taking off in the UK:

American "craft" brews are revealed as the UK's fastest growing beer trend. Data from Information Resources Inc, a research company, shows that sales of premium lagers imported from the US have increased by 150% over the past year as they are rolled out in the UK's pubs and clubs.

Tesco is launching four of the most popular – Blue Moon, Goose Island, Sierra Nevada Pale Ale and Brooklyn – at 750 stores across the UK. "American craft beers have become the UK's fastest growing beer trend and are now starting to muscle in on territory dominated by Belgian and German specialist brews," said Tesco's buyer, Chiara Nesbitt. "UK tastes have been changing for a while now, and more and more drinkers are moving towards flavoursome brews."

Now, we might lament the fact that Blue Moon is a SABMillerCoors product and that Goose Island is now part of the Bud empire, but Brooklyn and Sierra Nevada are legit. In fact there is a good argument to be made that it was Sierra Nevada that was THE pivotal beer that really kick-started the craft beer revolution in the US (Jim Koch disagrees, of course. And my theory of endogenous demand suggests that these early pioneers might just open up all kinds of room for other US craft beers and other UK brewers, like Thornbridge, that brew more American-style craft beer.

Here is another snippet:

"The popularity of American craft lagers is very much down to how they offer similar traits associated with the British brewing scene of older years," said Ian Lowe, of the real ale campaigner Camra. "They are more heavily hopped and are higher alcohol content brews."

The new lagers usually cost anything between 20p and 30p more than their established rivals. Lowe said he believed their increasing popularity indicated a shift in drinking patterns.

"While the American craft lagers are definitely pricier than the lagers and bitters that dominate the UK, even by London standards, I think the public feel that they would rather drink less but drink better," Lowe said. "They are moving away from the tasteless pint that the smooth-flows and lagers from bigger traditional brands offer. They are tired of old offerings of the standard of Carling and Carlsberg."

Still the culture of session drinking in the UK and the high-alcohol content of US craft beer might be a volatile mix...
Posted by Patrick Emerson at 10:13 AM

Email ThisBlogThis!Share to TwitterShare to FacebookShare to Pinterest
Labels: UK

The age old tradition over here in the UK has really had new life breathed into it over the last few years.

There are few commentators here who do not acknowledge the recent US renaissance in craft beer as being the chief catalyst for this.

The common view here is that you guys took inspiration from certain British classics and, creatively speaking, ran like the wind with it.

Many of the results are utterly outstanding.

Absolutely the US craft brewing tradition has been a process completely steeped in English beer. No question. Of course, they took the English template and ran with it, particularly going crazy with hops here in the Northwest. And I think a case can be made that many are not as good at the lower ABV subtle beers, but that is my little crusade at the moment.

But I think this spirit of adventurousness can be our thank you gift back to English brewers: nudging them to push themselves a bit more. I think Thornbridge is a perfect example of this: an excellent English brewery brewing more American style ales like their outstanding Jaipur IPA.