Bud American Amber: What Does it Mean to Oregon's Craft Brewers? 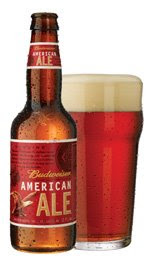 Over at Beervana, Jeff poses a question about the effect on craft brew sales if Budweiser's American Ale (which he proclaims is not half-bad) is a hit. Could it, he wonders, actually help sales of craft beers by bringing in new customers that would previously not look past macro-brews? Does this theory make sense economically? Well, yes.

Maureen Ogle points out that this idea is not new to the business of, shall we say, 'sophisticated foods.' That Starbucks appears to help nearby coffee shops instead of hurt them.

First the economics. It is pretty obvious to everyone that there are two competing forces at work here - the expansion of overall demand and the capturing of that demand by particular brands. In cases where the niche demand is a small part of the overall demand for the basic category (beer or coffee in our two examples) one might expect that the increase in overall demand to outpace the capturing of the market, especially at first. In economics terms, is American Ale a complement to craft brews or a substitute? Here are some thoughts:

One wonders is what the end game is. Budweiser has huge advantages in scale, supply chain, distribution and marketing: once the demand for taste in beer hits its zenith, what next, do brewers start competing heavily on cost. If so, this is where Bud wins. However, if the entire demand expansion is based on the idea that beers are distinctive and diverse, it will be hard to dominate with a single beer.

I think that while Bud AA might lead to a vast increase in overall demand for craft brewed ales, it will probably have a bigger impact on beers that have gone for the mainstream, like Fat Tire, with which AA compares favorably, according to Jeff. It is their part of the demand curve that is most contestable by a large brewer.

If American Ale is not an immediate hit for Bud, and I am guessing it will not be, will the marketing types and bean counters at AB have patience and allow it to gain traction, or will the profit motive be so strong that they will abandon it quickly? I give it 50-50 odds.

In the current economic climate, it is a hard time to turn Bud drinkers on to a more expensive beer, will Bud keep prices low to allow it to sell?

Finally, a large part of the craft brew demand is from folks who relish being 'in the know' and cherishing the latest iconoclastic small brewer, will this scuttle Buds attempt to crash the party?

Apropos of nothing: I picked up a bottle of Elysian's Immortal IPA the other day and noticed, when I cracked it that it was contract brewed by New Belgium. Thus it has the curious distinction of being both the best beer New Belgium brews, and a terrible purchase for a Northwesterner concerned with the carbon footprint of his purchases.
Posted by Patrick Emerson at 8:56 AM

Email ThisBlogThis!Share to TwitterShare to FacebookShare to Pinterest
Labels: Competition