British is a British Does 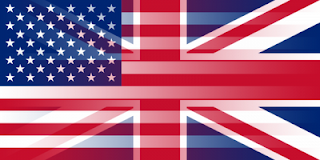 For reasons I won't go into here I spent the day swearing my allegiance to the Queen of England and becoming officially British (and American too: you can be both these days - a dual national - without either country minding).  Doing so required a quick trip to San Francisco, which is nice for me because of all the family I have in the Bay Area.  After which it seemed appropriate to go to a pub and have a pint and some fish and chips.  I shall speak no further of the fish and chips, which was pretty awful.  The Bass Ale was, well, Bass Ale, but the 'pint'  had a suspiciously thick bottom - yes, sadly it was indeed a cheater pint.  Which stuck me as ironic for an 'English Pub' serving English beer - which in England can be served only in a certified imperial pint glass (or half or quarter or now even in a new smaller size which is better for the newer higher alcohol craft beers that are gaining popularity).


Fortunately, on the way back from the consulate we had to stop to get some groceries and I nabbed a Bellhaven Scottish Ale which I had not had before and it is fantastic.  And I say that as someone who doesn't particularly like the style.  But this is rich and smooth with a subtle but nice spicy hope note (my guess is Kent Goldings) that creates the balance.  In a word - perfect.  For Portland residents, the Highland Stillhouse in Oregon City has Bellhaven beers on tap and I always go for one of my all time favorite Twisted Thistle IPA which is a wonderful British IPA - lovely, spicy, aromatic but not a hop bomb.  Nice to know that they appear to fire on all cylinders as a brewery.


At my oath ceremony I had my deceased grandfathers tartan scarf, with the Munro tartan, with me for fun, and so a Scottish ale stikes me as a particularly fitting celebratory tipple. Caisteal Foulis na theine!

The Consul General was an exceedingly nice man who took a few minutes to chat after the ceremony and was not at all the pompus, upper class stuffed shirt I had expected.  The last thing he said to me was "well, thanks for becoming British and please remember to fly the flag the right way up!" "Of course," said I, knowing what he was talking about but not remembering the correct direction of the thicker white so to appease him, here it is, properly done (thicker white in the clockwise direction): 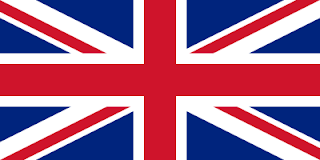 Posted by Patrick Emerson at 2:37 PM