How Beer Made Belgium 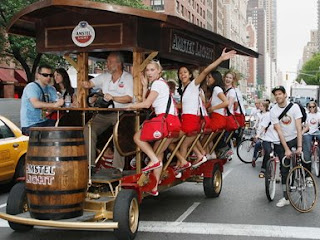 And now for something completely different:


In this paper we argue that Belgium’s borders, and arguably even the origin of the country itself, were determined by beer. However, somewhat paradoxically, it was not “Belgian beer” which played an important role, but rather beer consumed by what is now its northern neighbor, the Netherlands. The fiscal revenues from beer taxes gave this region the military power to break away from the Spanish-occupied Low Countries in the course of the Dutch Revolt (ca. 1568-1648), leaving the territory of present-day Belgium behind as the remainder of the Spanish Low Countries. The border established by this separation today still forms the division between Belgium and the Netherlands.

Thank goodness for Heineken-swilling Dutchmen who, inadvertently gave us the pantheon of Belgian beers! I raise a Saison DuPont in your honor.
Posted by Patrick Emerson at 1:33 PM

It all comes down to beer.