Coopetition: When Competition is Good for All 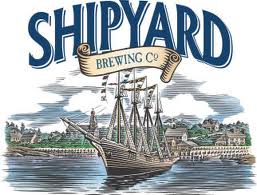 This is something I have discussed before in these (what, pages? files? screens?), er in this blog, but is illustrated nicely in this interview Andy Crouch, the Beer Scribe conducted with Alan Pugsley of Shipyard brewing company in Portland, Maine.

AC How has [the craft beer market] changed to now?

AP It's completely changed. The bigger market for craft beer exists now, obviously. The craft beer market since those days has grown every single year.The craft brewing segment of the market is not going away. Back when Geary's started, Sam Adams was just starting. Even though it really wasn't a microbrewery as such, it was a contract brewing operation where all the money raised went into marketing. Jim Koch is a very good marketer. He did a great job in getting it out there and turned it into a multi-million dollar brewery. So that brand in itself helped pull others with it. All of his marketing money was not only making people aware of the Sam Adams brand, it was making them aware there was something outside of Budweiser. And that's really what he did. Even though we're competitors, at the end of the day, you say 'well done' and if you're honest, you say 'thank you for doing it that way'. It certainly did help.

AC After outgrowing the Federal Jack's location, you opened a package operation called Shipyard Brewing Company in Portland, Maine, in 1994. What was the result of this move?

AP The odd thing is that as opposed to taking away from Geary's sales, it actually increased them. The reason being there was one little face of Maine-made beer on the shelf which was easy to miss. When you put Export Ale here and Geary's Pale Ale here, all of sudden you've got a billboard. If you look in the supermarkets today, you've got Shipyard with three or four shelves and Geary's with three or four shelves and that's how you sell beer. Ironically, our growth and establishment helped Geary's. Plus, I think it gave them a little bit of a kick in the pants and realized they had some competition. They realized they needed to do something else and that's when they came out with Hampshire Special Ale. [emphasis mine]

Normally when we talk about competition we are talking about the number of firms that serve a given market that has a fixed (static) demand curve.  In most standard models of imperfect competition, increases in competition are good for consumers (more get to purchase at a lower price) and bad for firms (they have to accept lower prices).  But things change when demand it itself a function of the number of firms.  In this case more competition does two things, it has the traditional role of adding to the competition for existing customers, but it also increases the number of customers as well.  How this tension is resolved determines how an establish firm should feel about a newcomer.

Relations between craft brewers, in my experience, is exceptional - it is a very chummy industry.  This, to me, suggests that the tension right now is being resolved in favor of new firms.  Anecdotally, this seems largely true: new craft beer companies are finding new markets and virgin territory, pushing their way into venues that have heretofore been strictly macro-brew, creating even more shelf space in supermarkets as the number of craft beer drinkers continues to increase.

I think Portland, Oregon is an interesting laboratory for this: it is hard to imagine being a beer drinker that moves to Portland and isn't moved by the omni-present craft beer scene to give craft beer a fair hearing.  Many will decide they not only like craft beer, but that craft beer transforms their beer drinking experience into a adventurous experience that provokes thought, discussion and passion.

There will come a time (and we may be quickly reaching it in Oregon) when the growth of breweries outpaces the growth of craft beer demand and competition becomes more serious among craft brewers, but for the time being, I think the attitude that all breweries are rowing the same boat in the same direction is accurate.
Posted by Patrick Emerson at 9:41 AM

Email ThisBlogThis!Share to TwitterShare to FacebookShare to Pinterest
Labels: Coopetition

I have to wonder when the new craft brewing entrant is no longer warmly welcomed like a brother into the local craft brewing family, but as yet another guy trying to take everyone else's money. If there is a craft brewing bubble, it would be interesting to see how all these chummy feel good vibes survive.

With 25 new breweries expected to open in Oregon before the end of the year, I think you're right. "There will come a time (and we may be quickly reaching it in Oregon) when the growth of breweries outpaces the growth of craft beer demand and competition becomes more serious among craft brewers." And while most craft breweries are "rowing the same boat in the same direction," success will require differentiation among individual craft breweries -- beyond relying on the momentum of the craft beer movement as a whole. Still, many breweries ignore, dismiss, or fail to recognize the importance of marketing and brand. As the marketplace becomes more competitive, marketing and brand will become a bigger factor of success for individual breweries. And this will require a shift in mindset from how many currently approach both disciplines.

Recently I attended a groundbreaking ceremony of sorts for a new Los Angeles Brewery called Golden Road and their CEO Tony Yanow who is huge in the LA craft beer community said something interesting pertaining to this discussion. His statement was something to the effect that craft breweries can't make beer fast enough to meet demand (at least in the LA area). At some point when demand plateaus then it's likely that you'll see a more competitive marketplace. I thought it an apt statement. Great articles. Great blog. Cheers!

Sorry I'm late to this discussion--a good one. It's worth noting that, as chummy as craft brewing is, it's not totally forgiving. A number of breweries have failed over the years, and some seem to be in a perpetual state of slow failure--MacTarnahan's springs to mind.

You have two factors working at the same time. On the one hand, new interest creates an ever-growing market, as craft beer cannibalizes the macros, not each other. But the bigger the market becomes, the more it matures. That means weaker players won't find consumers clamoring for their beer--there's just too much else out there.