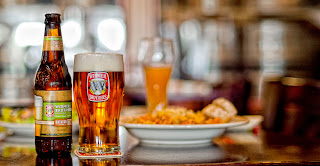 Sorry for the Oregon-centric nature of this, but as much of craft beer is local these things happen regularly.  Actually Widmer is spread pretty far and wide, so it should not be too limiting.  Anyway, the Widmer Rotator IPA series is now on its second iteration and I thought I'd get a sense of the relative reaction to the first two offerings: X-114 and Falconer's IPA.  So, after a long hiatus, it's poll time!

As a refresher, X-114 is the Citra-infused IPA that has been out all summer.  If you have caught the Timbers at Jeld-Wen this year and bought a Widmer IPA, this is what you had.  The Falconer's IPA, named after NW brewing legend Glen Falconer and using the eponymous hop, has been out for about a month now.

So the poll is simple: of you had to choose one, which do you prefer?
Posted by Patrick Emerson at 9:18 AM

These are both well made IPAs, readily available at a fair price but not dumbed down for the lowest common denominator. It also seems like a good method to keep their lineup interesting.