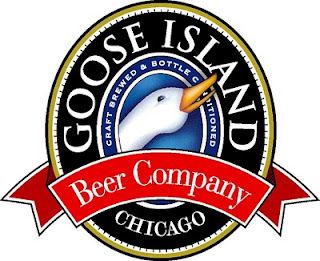 A few folks have e-mailed me wondering why I haven't posted some comment on the AB-InBev purchase of craft brewery Goose Island.  There are a few answers.  The most important is that this blog is an offshoot of my main blog, the Oregon Economics Blog, but even that blog is an offshoot of my real job which is as a full-time economics professor at Oregon State University.  OSU is on trimesters and my schedule is particularly heavy in the winter and spring quarters, meaning January through June.  So it is hard to find time to sit down and write for both blogs as well as keep up with all my other responsibilities.  Which is all a mea culpa for posting so infrequently these days.  Sorry.

The second is that what interests me is economics not business, so pure business rationale is not necessarily something I am motivated to post on, what I like as an economist is to think about why certain business decisions make sense - what are the economic forces at work behind the scenes as it were.

The third is that, given my interest in the economics, I am still trying to think through all of the angles of this.  As a academic I am trained not to shoot from the hip and so my bloggy persona and my professional persona are often in conflict.

So with that needlessly long-winded intro, here are some thoughts on the deal:


So in the end I think this is good for craft brewing and I don't see any reason to stop supporting Goose Island and their beer. In the future it'll either be good or it won't. If it is good, buy it.

It is the lack of AB’s actions to do anything serious in this sector that speaks the greatest volumes. AB has more of everything that anyone has ever needed to move into the craft beer market. They have had the capital, the physical plant, the brewing expertise and the distribution chain to do this on their own for their entire existence, IF they truly wanted a card of genuinely high-quality beer in their product line. There is no company in the world with more opportunity to deliver on whatever intention they have to make great beer. There are but two things that have stopped them: bean counters and shareholders. They demand growth and increased profits. Growth they will get by buying decent breweries. Profit they will get by cheapening their product. That has been the A-B modus operandi for 50 years. The burden of proof to show that they are changing is on you, and not on the justifiably skeptical beer geeks.

To which I would respond with a reference to Jack Joyce's comment from a few years ago. Big corporate brewing doesn't understand how to market and grow a quality craft beer, but they do know how to buy a successful company. It remains to be seen if they will keep hands off, and in that will lie the true judgement. But the market is sophisticated now and I think it'll punish quickly any attempt to use the Goose Island brand to sell American Ale.  Hopefully Bud will see this and understand.  I don't think it is a forgone conclusion that they will dilute the Goose Island brand.
Posted by Patrick Emerson at 3:52 PM

Well stated. I'd like to provide a link to this on my site @ www.beersinparadise.com.