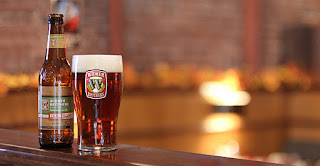 Some beer notes from Oregon:

One: Widmer. Since I have talked about and polled about the others it behooves me to mention the latest Rotator IPA from Widmer (well, okay not exactly the latest, Spiced IPA is now out, but most store shelves are stocked with O'Ryely).  I did not expect to like O'Ryely as my palate and rye do not often get along.  I am an outlier - beer geeks rave about Oakshire's Line Dry Rye for example but I find it unpleasantly soapy on my tongue.  However the rye in this IPA is very subtle and I quite liked the hint of spice it gave the beer which was a very nice compliment to the Nelson Sauvin hops.  Nelson Sauvin divide people, at Thornbridge in England they brew a single hopped Nelson Sauvin beer, Kipling, that is now one of my all time favorites (if you ever have a chance to try it fresh on cask...do so), but the head brewer there dislikes the hops.  Interestingly, as used in O'Ryely, they strike me as more Citra like than NS.  In fact, if I hadn't known, that's what I would have guessed, it tases very citrusy.  I associate NS with more tropical flavor like passion fruit.  I would love to try this one along side the X-114 as they both give off that great citrus note and I can't really compare from memory (I am far too old).  But whatever the end result, this beer rocks! It seems a perfect IPA for the season, slightly darker and spicier than X-114 but with that characteristic NW juicy hop note that I adore.

As an aside, I bought some Nelson Sauvin hops from Steinbarts the other day and look forward to trying to brew a beer similar to Thornbridge's Kipling.  Belmont Station offers a number of Thornbridge beers but as of yet, not Kipling.  I hope that changes soon.

Two: Ninkasi. I have had a few bottles lately of quite possibly my favorite beer of all, Ninkasi's Total Domination, that have been bad.  In fact I bought a sixer of TD and the first three bottles were fine, but after a couple of weeks in the fridge the last three were almost undrinkable.  Fearful that I was imagining it all I had two other people try and confirm the bracingly bitter astringent note.  Ah well, my bad for waiting to long to drink it I thought.  But then I bought a fresh bomber a couple of weeks later with precisely the same problem.  I suspect oxidization and maybe there is a problem with the new(-ish) bottling line but it wasn't an obvious oxidization flavor.  No one else I have talked to has experienced this but then I don't talk to people that often.  So I wonder if this was just a one-off if if there has been a systematic problem.  I can't tell you how excited I get by TD and how disappointing it is to get a bad bottle.  I don't care about the money, I just hope there isn't a problem at the mother ship. So, has anyone else had a bad bottle of TD lately or am I just unlucky?

Three: Winter Beers. I had an exchange with Bill from It's Pub Night and the Full Sail folks on Twitter about my struggle to find Wreck the Halls in the store.  I still claim it was hard to find, but they also reminded me that it came out in September.  I also has a sixer of Jubelale that was unpleasantly alcoholic and raw in the first bottle so I put the rest away in the cellar and pulled them out about six weeks later where they had substantially improved: softened and rounded out.  So there are two problems, winter beers should not come out in September and it is being put out too early.  I know it is expensive to store, but breweries should care about the product that is consumed and let it sit for a while if it need more conditioning.  Also, beers like Wreck the Halls, which are balanced and ready to go from the start should come out in November not September.  I have spoken.

As an aside I had some Wreck the Halls on cask at the Pilsner Room which was great, but they also had ESB on tap.  Now, c'mon, if you are going to serve only one on cask, it really should be the ESB!
Posted by Patrick Emerson at 1:29 PM

I've had some very off bottles of total domination, too. I thought I was being paranoid so I'm glad you brought this up. Three or four weeks ago there were a couple bottles that were really estery. Another sixer a few months before that tasted stale. Granted these were both from a safeway and not a bottle shop that treats beer right, so hopefully Ninkasi isn't slipping and it's just shoddy treatment of beer.

Interestingly, I've been hearing other people complaining about Ninkasi's consistancy lately. Although I haven't experienced it, I'd say that you're not the only one...

"I have spoken." I gotta try that. My speaking alone doesn't seem to get it done.

The former brewer from Thrornbridge is quite active on Twitter. He can be found at @EpicBeerKel he also blogs at http://beerevolution.wordpress.com/

Being a Kiwi, it wouldn't surprise me if he was responsible for the Nelson Sauvin single-hop beer.