All right I give up.  After visiting OakShire and seeing that one of their fermentors is called, yes, Hopopotamus, and after Silver Moon Brewing named their fresh hop beer Hoppapotamus, and since it was Roots that started the whole thing I am hereby jettisoning the name Hopopotamus. 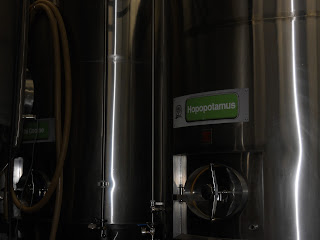 This is appropriate as I have tweaked the recipe by adding a fifth hop which has elevated the beer to new heights and it has now crossed over into seriously funky territory.  I am not talking the kind of funky that comes from poor sanitation, I am talking about P-Funk funky. So from now on my IPA, the "best beer in the world," shall be known as PARLIAMENT HOPADELIC (TM).  Aka the legendary P-Hop.

By the way, I was planning on a worldwide release in the future (like when the beer was actually ready), but that danged Alworth had to start suggesting P-Funk names on the #1 beer blog in the USA.  This is what I get for letting him into my confidence... 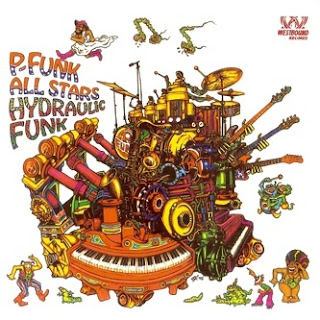 Posted by Patrick Emerson at 11:10 AM

Harmonic convergence. Jamie mentioned P-Funk unbidden. As the #1 beer blogger in America, I was compelled to mention it.