Bill's wrap-up post on the Fresh Hop Tastival at Oaks Park made me think of a contrast:

The scene inside the tastivals dismal enclosed tent: 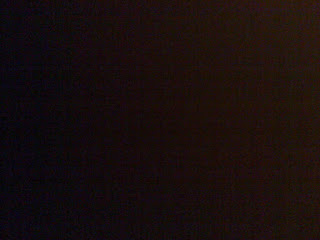 (it was awfully dark in there so you can't see much in the picture <-- this is a joke, I didn't actually take a pic inside the tent and apparently no one else did either)

And the lovely scene under the Skamainia Lodge's open tent (as seen in this pic from Brewpublic): 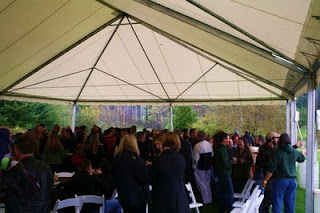 These were held simultaneously, sot the weather in both places was similar.  I can attest to the fact that the downpour at Skamania was easily handled by the tent.  The as long as you were a foot or two under the cover you were kept completely dry.  So here is my advice to the OBG: open up the Oaks Park Tent!
Posted by Patrick Emerson at 9:14 AM

I do prefer the smaller beer festivals, they're not as 'go crazy' as the likes of the really big ones like the Munich beer festival or the Asian Beer festival. They allow you to take your time a little more and often the venues are really amazing little corners of space and best of the all the beer is not dominated by the big breweries and brands...