Ode to Some Classics 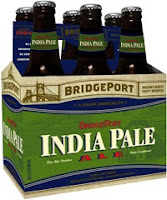 Economists call the paradox of choice situations where more choice actually makes you less happy.  Usually it is due to uncertainty and search costs (work on search models won this year's Nobel prize) whereby the effort involved in making the right choice is large and the marginal benefit small.

I am continually reminded of this in the beer isles in Portland markets - the array of fine craft beers along with constantly changing seasonal and special beers is dizzying.  In fact, though it is the best beer store I have ever been in, I am often overwhelmed by Belmont Station as it becomes so hard what, of the beers I cannot find anywhere else, I should actually buy.  Now I take to deciding before I go in what I am going to get. 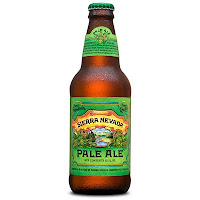 Which brings me to the point of this post.  I am so eager to try new and unique that I find myself more and more infrequently drinking some of my most beloved and now classic beers.  Of these I'll give special mention to five: Bridgeport IPA, Deschutes Mirror Pond, Full Sail Amber and Sierra Nevada Pale Ale and Samuel Adams Boston Lager. 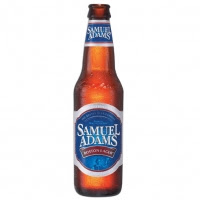 It used to be that in restaurants and bars if you wanted craft beer you would find one or two of these beers (Sierra Nevada and Sam Adams nationally and in the NW the other three) but usually no more and nothing unique.  So I would drink them a lot.  Now with places as unlikely as Laughing Planet having a tap array that is full of great craft beer, I go for the new, unique, different even when there. 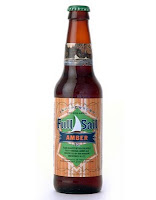 Which leads me back to the question: am I better off with all this other beer?  I think the answer is yes, but that I make mistakes in putting too much weight on the newest-latest and too little on the magnificent classics.

So why do I love them?  Bridgeport IPA is perhaps the quintessential IPA and a classic British style IPA not usually seen in the NW, beautifully balanced and not too heavy.  It is more sessionable than the typical NW IPA.  Deschutes Mirror Pond is a hop head's delight with an amazing hop bouquet that tickles and entertains the nose with every sip.  It is a pale ale with a perfect body on which the hops dance.  Full Sail Amber is a medium bodied but rounded ale with delicious malt notes.  Sierra Nevada began it all with a recipe that is timeless.  And finally, with all of the attention to craft ales, Sam Adams redefined what a lager could be to American craft beer drinkers.  They got big and commercial but there is no denying Boston Lager is a great beer.

You will note that all but one beer is of a similar style.  Now you know my sweet spot: I am a hop head who loves the hop bomb, but I appreciate even more deeply those brewers that show restraint but can brew a 4.5 to 6% ABV beer with a lively hop character.  One thing I don't care for are heavy malty beers: no scottish ales for me, thanks.

Anyway, this post is a reminder to myself and others not to forget the gems that have been around.  Just because they are not the newest-latest doesn't mean they are not the best.
Posted by Patrick Emerson at 3:30 PM

sitting in the fridge: an almost finished 6-pack of bridgeport, and a half finished 6 of mirror pond, and some pumpkin. Which leads me to ask: are pumpkin beers over priced? Or, why not? They come out late sept/early oct. and the promptly disappear. I enjoy them more then their winter/Christmas cousins, but they leave so soon. What is the ration-ale? I love me some spiced beer.