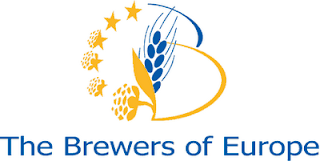 Apparently the beer tax in Oregon is likely to once again be on the legislative agenda.  It is on the agenda of European lawmakers as well.  Now, a PriceWaterhouseCoopers study commissioned by The Brewers of Europe suggests that a new excise tax on beer would hurt European economies and threaten their recovery.  This study might come in handy for Oregon brewers as well as they try and prevent such legislation locally.


The Brewers of Europe commissioned this study to quantify the impact of excise taxes on the overall tax collection, and employment and profitability in the brewing sector compared to other alcoholic beverages. Pierre-Olivier Bergeron, Secretary General, The Brewers of Europe said:

“The study provides strong evidence that arbitrary increases in excise tax would hit brewers – and the 1.8 million jobs created in the European hospitality sector generated by the brewing sector – hard just as the economy is striving to emerge from a deeply damaging recession. The study also shows that tax increases will ultimately NOT increase government revenues nor attain the expected levels.”

The study comes at a crucial time, with skyrocketing taxes on beer in some European countries as governments scramble to rake in cash. “At a time when regulators across Europe are looking at scenarios about taxation, we would urge them to give any plan a full economic reality check,” Pierre-Olivier Bergeron continued. “This study provides the data for sound judgments.”

A comparative cost analysis within the study shows that producers of alcoholic beverages constitute a significant industry within the EU, worth €242.5bn in 2007 in terms of sales. Sales of beer account for the highest proportion by value – €111.5bn or 46%. Beer contributed the highest amount of taxes to Member States across the EU and the lion’s share of jobs.

“This study shows that beer is the most expensive form of alcohol to produce,” observed Pierre-Olivier Bergeron. “So any move toward taxing all drinks based solely on alcohol content (‘unitary taxation’) would disadvantage a low alcohol beverage such as beer further in terms of cost of the product to the consumer.”

Posted by Patrick Emerson at 10:35 AM

Email ThisBlogThis!Share to TwitterShare to FacebookShare to Pinterest
Labels: Taxes