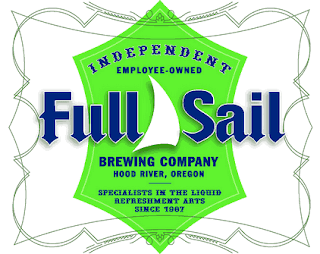 Full Sail is pushing out on the East Coast. From the press release:

It's all about the economies of scale - growth is the rule.  Not clear if this will be beer brewed in Hood River and shipped or brewed closer to those markets.  If the former, then there is a serious transportation cost issue that could be a problem when it comes to competing with the local brands.

Which is why ambitious breweries like Deschutes will almost inevitably end up with a brewery in the mid-atlantic region.  The market is just too big and dense to ignore.
Posted by Patrick Emerson at 10:07 AM

This Marylander is quite happy today!